An aptly named bird, the pine warbler is a member of the New World warbler family. With its numbers in a constant upswing, one would expect to spot one with relative ease; sadly though, the bird spends most of its time in pine branches at great heights, often obscured by pine cones and needles. 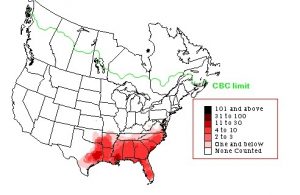 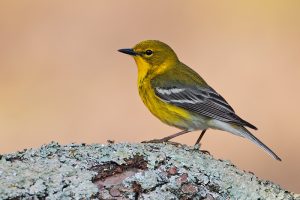 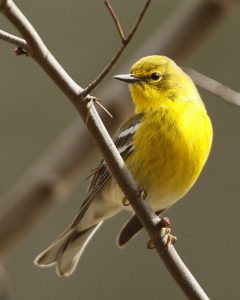 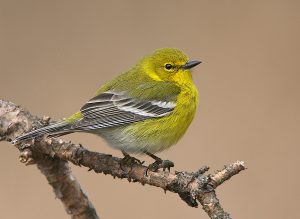 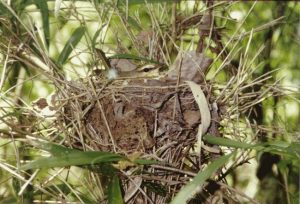 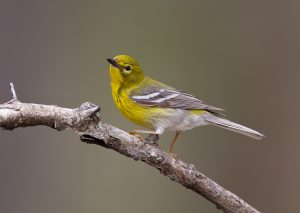 Pine warblers forage by moving at a rather sluggish pace on branches and tree trunks, and on the ground when looking for insects. They have been known to exhibit this behavior in flocks made up of other warbler species. They are highly territorial, more so during the breeding season in late March to early June.

Believed to be monogamous during a breeding season, the males chase other birds away by flying with stiff wing-beats first towards and then away from the intruder, often in circular movements.

Nests are built between April and June solely by the female. The male, however, does accompany the female during the gathering of stuff required for the nest building. Nests are always built on the horizontal branches of a pine tree. 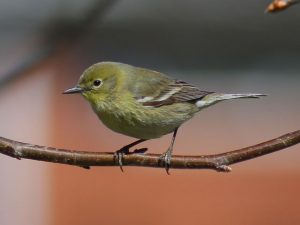 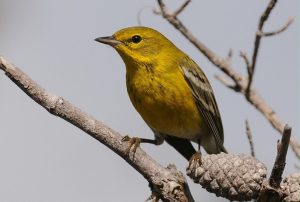 Eggs are grayish, white or greenish white in appearance, with brown speckles towards the broader ends. Once the young are hatched, both the parents take up the responsibility of bringing food and guarding them. The newborn nestle for an average of 10 days before they become mature enough to venture out on their own. They reach sexual maturity at an age of 1 year. 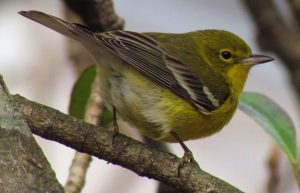