Mexican spotted owl is a subspecies of spotted owl occurring in the United States and Mexico. Although the smallest among the spotted owls, it is one of the largest owls found in North America. 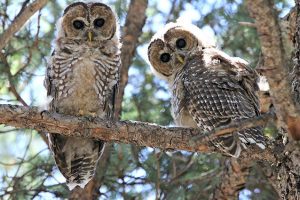 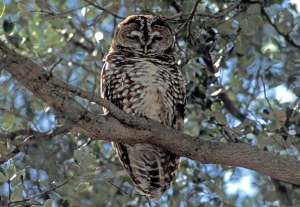 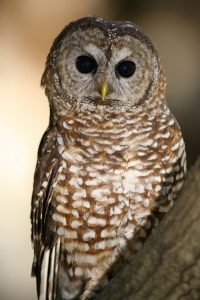 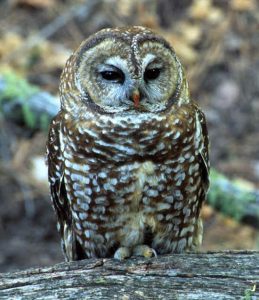 The nocturnal subspecies is known as “perch and pounce” predator since it locates its prey from a high perch, then pounces on it and holds its prey with its talons. It is solitary except for interactions with its mate and young ones. Adult males and females use a signal call to mark and defend their territories. Mated pairs use a whistling sound to stay in contact while four hooted notes are used when the male delivers food to his partner. Roosting members often preen themselves and each other.

Mexican spotted owl is monogamous, forming long-term bonds and remaining in the same home range year-round. Mating pairs start roosting and interacting 4 to 6 weeks before eggs are laid. The female incubates her eggs while the male gathers food for her.

The male selects the nest site usually in old forests covered by dense tree canopy. He may choose a broken treetop or hollow tree-trunk, a mistletoe tangle, or an abandoned nest of a squirrel or a bird of prey. 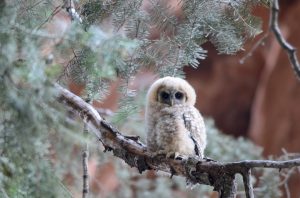 After hatching, the young ones remain in the nest for the first 4 to 5 weeks. When out of the nest, the young ones stay close to their parents for another 2 to 3 months, becoming independent by late summer. On reaching adult weight, it leaves its natal area in September and October. 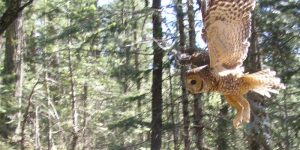 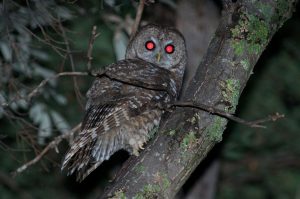 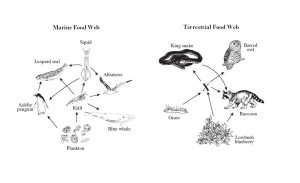 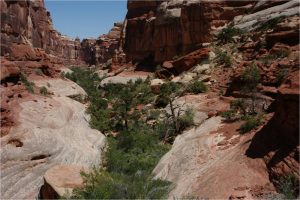