Alpine ibex is a wild goat that inhabits the European Alps, occurring at an elevation of 5,900 to 10,800 ft. Although the herbivorous species was extirpated from most of its historical range, it was successfully reintroduced to those regions. All living individuals today are descendants of the stock from Gran Paradiso National Park in Italy and Maurienne valley in France. 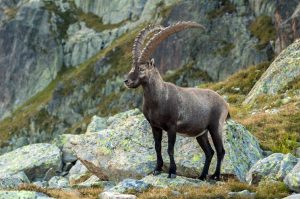 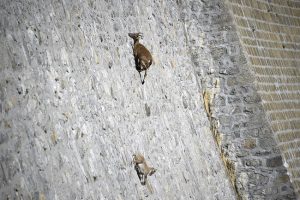 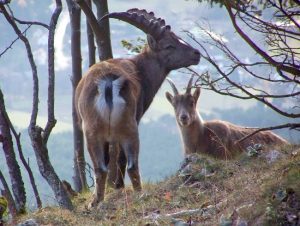 Hierarchy exists in groups among the males which are based on horn size and winners or losers of past conflicts with strangers. Males exhibit antagonistic attitude in the form of direct and indirect aggression. Direct aggression results in one charging another with its horns while the indirect form is a mere display of intimidation. 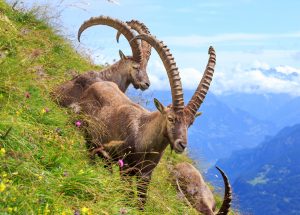 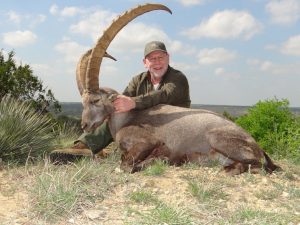 The male herds break up into smaller groups searching for females during the breeding season, which lasts for about six weeks. The rut occurs in two stages, during which the males interact with females in estrus. Access to a female depends on the male’s rank in the hierarchy.

In the second stage, one male member leaves his group to follow an individual female. The male displays courtship and protects his mating partner from rivals while the female moves her tail to intensify the courtship. After copulation, the male rejoins his group and reverts to the first stage. 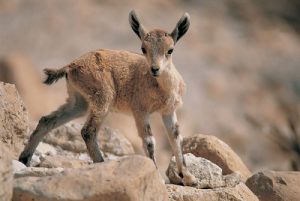 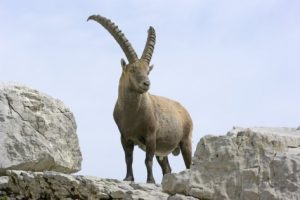 Shortly after birth, the young ones adapt themselves to the difficult terrain and follow their mother. The male offspring leave their mother’s herd to join bachelor ibexes while the females stay with their mother. The species reach sexual maturity at around eighteen months of age. 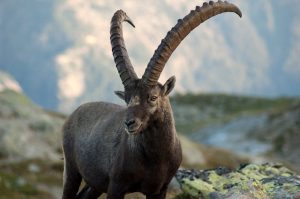 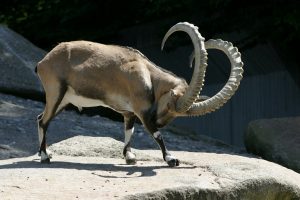