One of the four species of anaconda, yellow anaconda is a large snake common in South American regions. Their appearance and temperament are the main reasons that many zoo authorities keep them as exhibits. They are dangerous when intimidated by humans encounter. 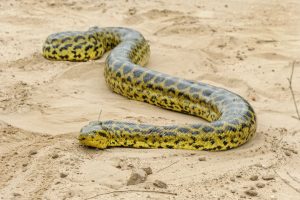 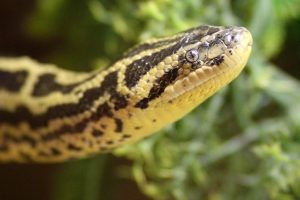 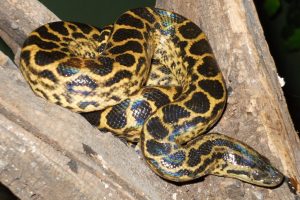 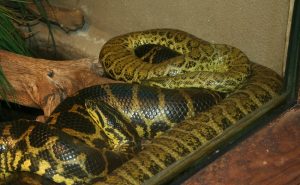 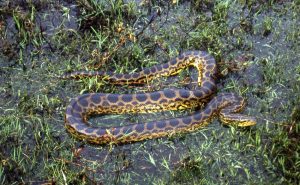 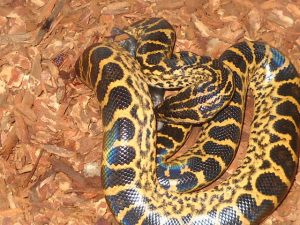 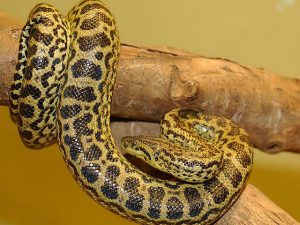 Female yellow anacondas release pheromones and attracted by it, males follow the females and create a breeding ball including multiple males and only one female. The males compete with each other and the strongest one wins and gets to mate with the female. The courtship is known to last for a month and the breeding season is during April and May. After 6 months of gestation period while the eggs hatch inside the mother’s body the female gives birth to baby snakes ranging from 4 to 80 in numbers.

Young anacondas sizing 23 inches are self-dependent right from their birth and they attain sexual maturity at the age of 3-4 years. 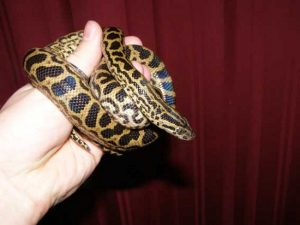 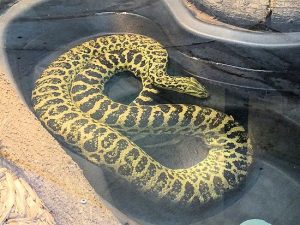