Woodland caribou or the boreal woodland caribou is the largest subspecies of caribou, a group of mammals belonging to the deer family. These medium-sized ungulates, native to the Northern United States and Canada, are characterized by a compact body with a thick covering of fur, short, wide ears, blunt muzzle, and a tiny tail.

The antlers of woodland caribou are broader, thicker, as well as more compact and flattened compared to those of barren-ground caribou, while their heads and legs are also longer than the latter. 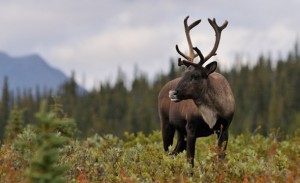 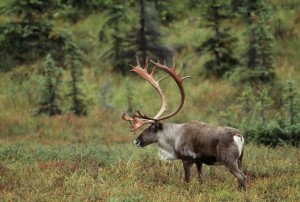 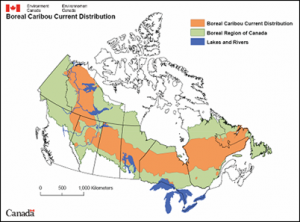 These caribous do not live in large herds, and their groups remain scattered during mating season. Some woodland caribou populations migrate over short distances with the changing seasons, exhibiting elevational migration. They move up into the alpine mountain slopes during summer while forming isolated herds in the boreal forests during winter.

Some of them also adopt a unique survival strategy living in areas, which are unsuitable for elk and deer populations. Therefore, their habitat attracts a lesser number of wolves, bears, and lynxes, reducing the chances of predation on them. 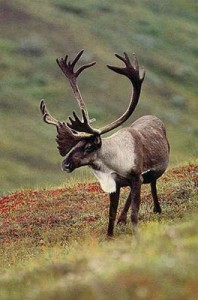 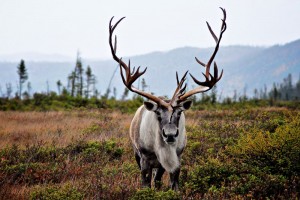 As compared to some of the other species in the deer family, these caribous have a lower rate of reproduction. A male woodland caribou can mate with more than one female during their breeding season, which lasts from the end of September to mid-October. The male caribous with large antlers fight during rut for the mating rights. A female caribou of a boreal group gives birth to its calf and remains isolated from the other members of the herd until mid-winter. Thus, these solitary caribous are more likely to be preyed upon than those that migrate during the winter. 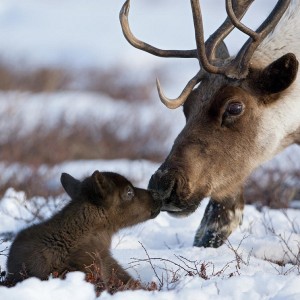 The mother caribou gives birth to its offspring in early or mid-June. Weaning occurs around 2 months after birth, with the calves joining the rest of the herd during fall. Female caribous attain sexual maturity at 16 months while the males do the same at around 18 months. However, males do not mate until they are 3-4 years of age because of intrasexual selection. 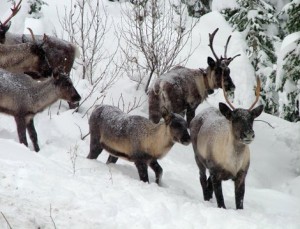 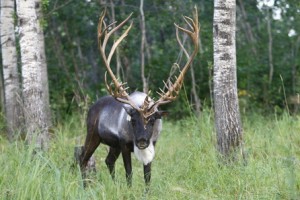