The largest terrestrial mammal in North America, the wood bison is a dark brown bovine animal with a large head, a high hump on its shoulder, which is covered with long shaggy hair that extends to the front legs. The horns are short and black and tend to curve inward for the males, while being straight in females. 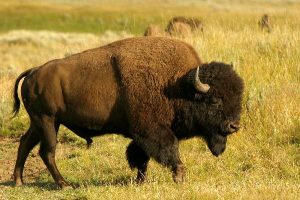 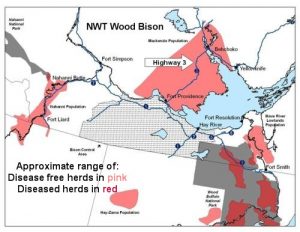 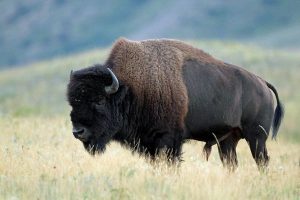 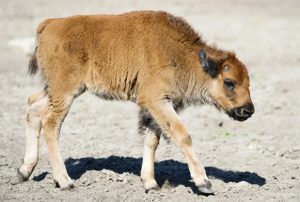 Female wood bison and their calves live in herds of 20 to 60 members. Adult males tend to live in smaller groups separate from the bigger groups of females and calves except during the mating season during the late summer. They are very protective of one another.

A female wood bison reaches sexual maturity at 2 years of age and can produce her first litter by age 3. Their mating season starts from August and extends till around October. It would generally bear the calf for at least 9-10 months, and give birth during April-August. They generally give birth to a single calf, although have been known to produce twins on rare occasions. 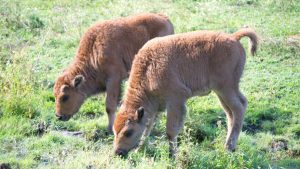 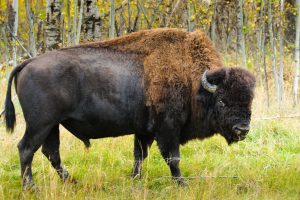 Calves are born with a red coat, which starts to darken by the 10th week, gradually culminating in a dark brown shade by the 15th week of their existence. 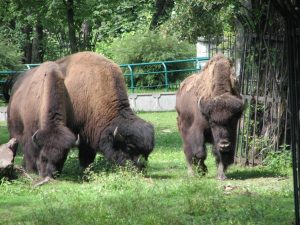 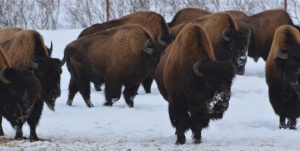 Published on May 25th 2016 by Sudipto Chakrabarti under Coniferous Forest Animals.
Article was last reviewed on 5th December 2022.