White-nosed Coati, also called Coatimundi, is a species of mammals belonging to the raccoon family indigenous to the southwestern North America, Central America, and South America. It has a narrow, elongated head with small, rounded ears and a pointed, flexible snout that is somewhat tilted up while its tail is furry and tapers to the tip. Its face has a dark brown or blackish gray color with white patches occurring around its ears, nose, and eyes. 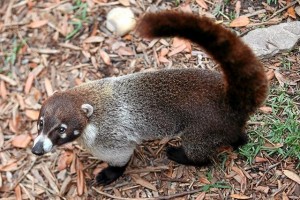 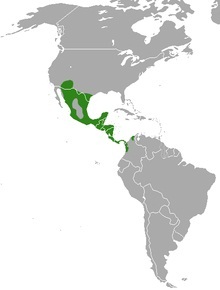 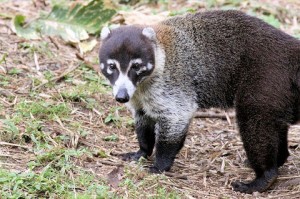 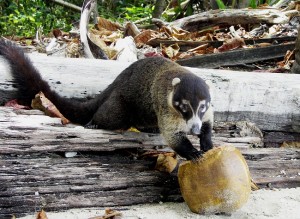 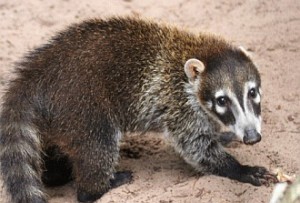 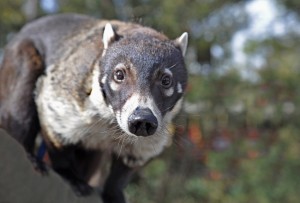 The coatimundis are predominantly diurnal animals though some adult males are occasionally active at night. During the day, they spend most of the time on the ground keeping their long muzzles low to sniff out food, but they take shelter in treetops to avoid predators at night. 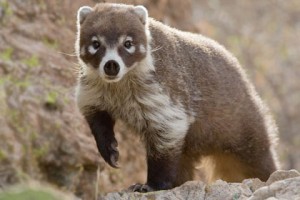 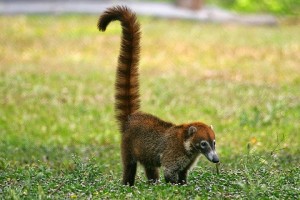 Once the most dominant male is allowed to join the band of females, it starts mating with each of the female members. Soon afterward, the female coatis force the male to leave the band since adult males tend to kill juveniles. About 3-4 weeks prior to giving birth, the female white-nosed coati leaves the group and starts building a nest in tree crevices. 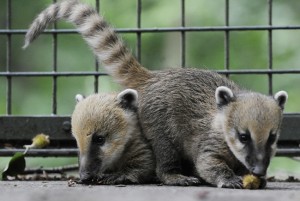 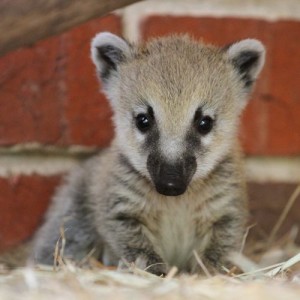 The newborns do not have fully developed eyes and are fed by their mother, who leaves the nest in search of food. After 5 months, the young ones along with their mother leave the nest and join their band. Even though weaned at 4 months, the young coatis remain under their mother’s care until she departs the group to give birth. They become sexually matured at 2-3 years of age. 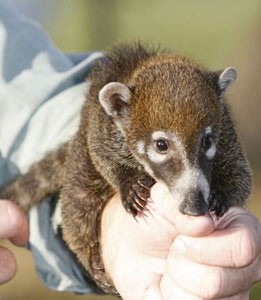 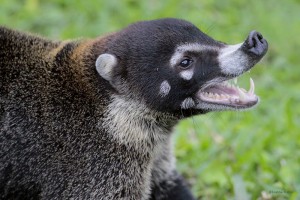 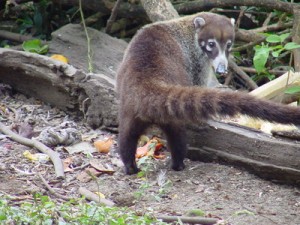 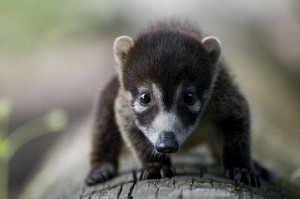