The western tanager is a medium-sized songbird found in the western regions of the United States. The adult male of this species has attractive orange-red and yellow plumage with an articulate voice and singing pattern similar to the American Robin. They prefer living in coniferous forests that they consider to be their natural abode. 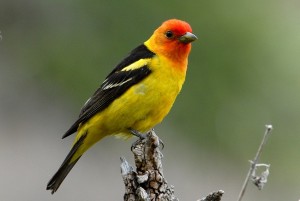 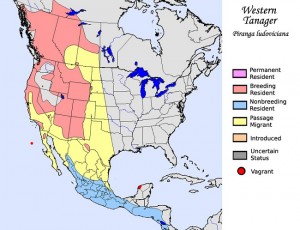 Western tanagers fly slowly in the leaves and branches foraging for small fruits and insects among the dense foliage. During the spring and summer, the males sing their repetitive courtship song frequently.

These songbirds occasionally bond with other small birds like purple finches, mountain chickadees, and Townsend’s warblers. Their territorial instinct makes both the males and females drive away other members of their own sex if they intrude their area of habitation. 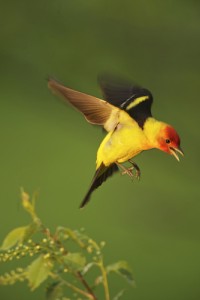 These birds attack and startle smaller birds who have no time to escape; this sometimes leads to collisions. They move slowly among the upper branches of trees that makes them difficult to spot in the dense undergrowth; however, they can fly swiftly when required. 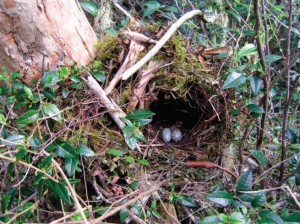 Western tanagers are neo-tropical migrants and go as far as Mexico and Central America during winter. Although they prefer migrating alone or in pairs, sometimes they travel in flocks. They generally follow a particular flight pattern and are late spring to early fall migrants. 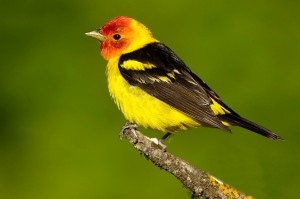 Central Baja California is considered to be the northernmost limit of the western tanager’s winter range, although some members of this species have also been sighted in the coastal regions of Southern California. However, the majority of birds of this species spend their winter in Southwestern Mexico and Central America. 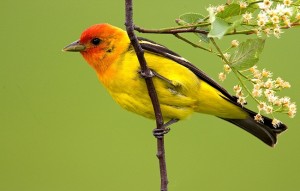 The mating season of these monogamous birds begins in late spring and continues till summer. During this time, the male chases the females among the trees to get a mate.

For nesting, they prefer coniferous trees like fir and pine but occasionally go for deciduous ones like aspen or oak. Females who reach the breeding grounds early scan through the canopy and choose those areas that are relatively open. 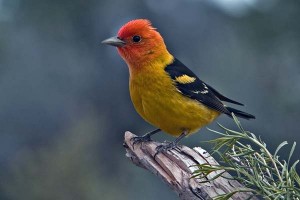 They generally build the nest in a branch that is situated high up and far away from the trunk. It consists of a shallow open cup made of twigs, grass, fine rootlets and animal hair. Brown-headed cowbirds parasitize western tanager nests. They may remove tanager eggs from the nest and then lay their own. The tanagers usually accept the cowbird eggs as they are unable to differentiate them from their own. 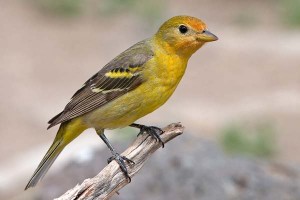 The female lays a clutch of three to five eggs in the nest at the end of the gestation period. She then incubates the eggs for around two weeks. Both the female as well as the male care for the chicks and feed them.

The chicks fledge 11 to 15 days after hatching. The juvenile birds may stay with their parents for up to two weeks after fledging. Immature birds migrate much later than the adult birds. 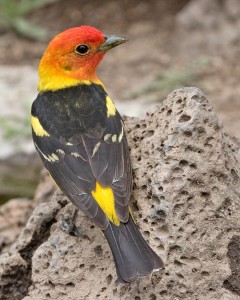