Rough-legged hawk, formerly called the rough-legged falcon, is a moderately large, migratory bird of prey that spends the summer in the Arctic as well as the Subarctic regions, moving south to avoid harsh winters. As compared to its Buteo cousins, including the ferruginous hawk and the red-tailed hawk, the rough-legged raptors can be identified by their smaller bills, broader wings with wide wingtips, and a longer tail. 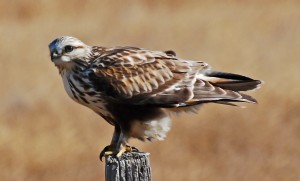 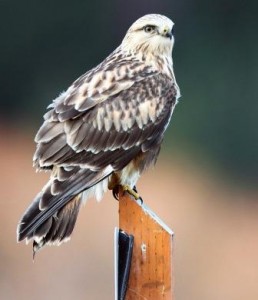 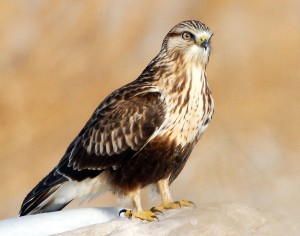 The rough-legged hawks are mostly crepuscular, which means they are active at dawn and dusk. However, some of these keen hunters are also spotted during the day. These birds are often seen perched alone in trees, on telephone poles and fence posts, or soaring in the sky with a smooth continuous motion and scanning a grassy region or an open field for prey. Once they spot the prey, the hawks circle above several times before pouncing on it and striking it with their talons. They are quite territorial and do not usually form flocks, roosting alone at night. 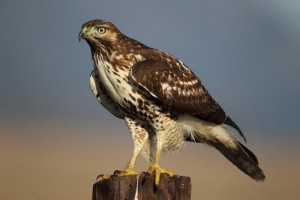 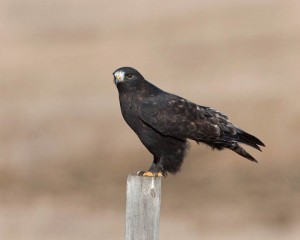 A rough-legged hawk has a monogamous mating system. It migrates alone and finds its partner after reaching its breeding range. Courtship displays are performed during the late winter when the flying conditions slightly improve. A male hawk flies aloft and makes a whistling call until a female is attracted. The males are also known to make a “sky dance” that involves soaring high up into the air, sudden diving, and stalling in midair. Moreover, a male engages in conflicts with rival male hawks in order to defend its breeding territory as well as its partner. 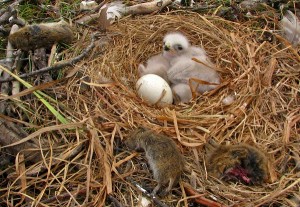 These birds generally breed during April-June but in few cases breeding has also occurred in July. The female rough-legged hawks build nests on rocky reefs and cliffs using materials such as molted feathers, twigs, and grass, which are mostly carried by the males. Nests are quite large with a height of 9.8-23.6 inches and diameter of 24-35 inches, taking 3-4 weeks to build. 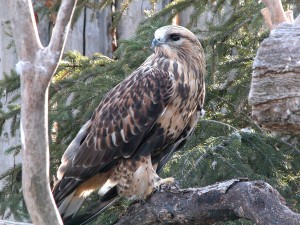 Once the eggs hatch, the female remains with the hatchlings and feeds them food that is brought by the male. The juvenile birds are ready for their first flight at 4-6 weeks after hatching. However, the fledglings are fed by their parents for another 2-4 weeks, and they become fully independent at 55-70 days old. Both the male and female birds reach sexual maturity at 2-3 years. 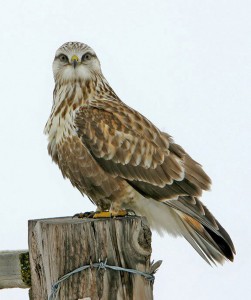 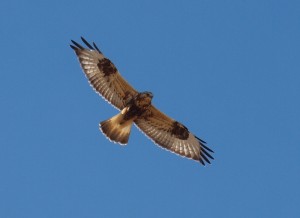