Rock ptarmigans (pronounced tar-mi-gun) are members of the grouse family inhabiting a vast area around the Arctic pole. They are considered a game bird and hunted by the human population for entertainment and food. 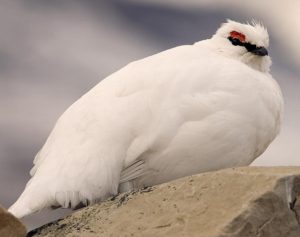 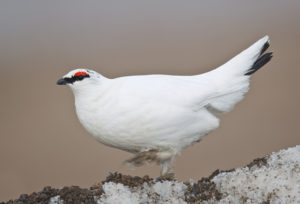 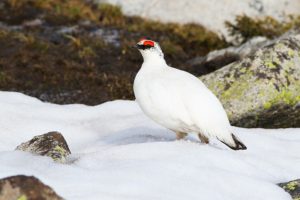 Rock ptarmigans seasonally migrate for short distances, flying south to wintering grounds in winter. They make gender specific flocks in winter which disband at the onset of spring. Males become territorial during spring and defend their area vigorously when an intruder shows up. 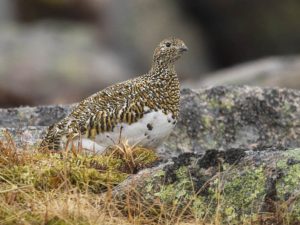 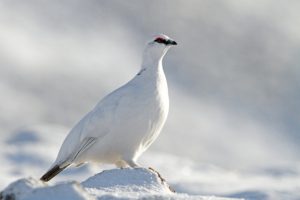 Breeding season occurs in spring. Before egg-laying, hens build a nest on the ground in a shallow depression nearby a large rock.  She lays between 7 and 10 eggs which are then incubated for around 21 days.

Hatchlings are born covered in feather and can leave the nest soon after hatching, usually a day. The mother takes care of her chicks, although they can feed themselves. They become capable of flying at the age of 10 days and become independent after 10 to 12 weeks of age. They reach sexual maturity when they are about 6 months old. 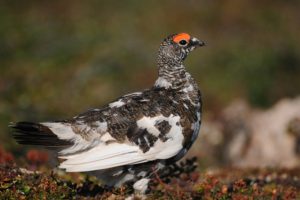 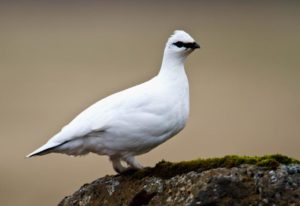 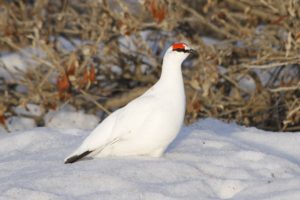 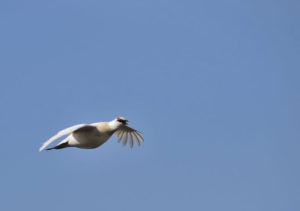 Published on May 10th 2017 by Sudipto Chakrabarti under Coniferous Forest Animals.
Article was last reviewed on 10th May 2017.