The pine beetle is a member of the subfamily of bark beetles infesting the trees in North American forests. The aggressive tree-killing insects live primarily in pine trees of all vigor quality and ages. Group killing may occur in dense, pure, and even-aged pine stands or among clusters of pine in mixed-conifer stands. An epidemic may cause depletion of timber supplies and increase the danger of forest fire. 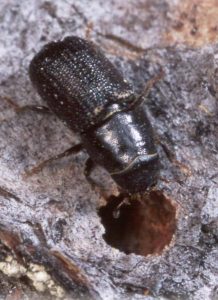 Some common species of pine beetles include 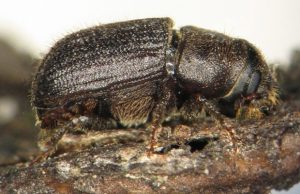 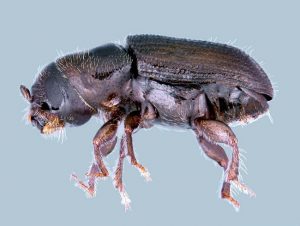 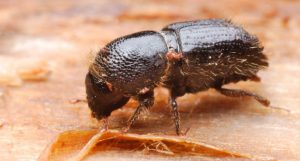 Female beetles start the invasion by selecting the host. They bore into the tree bark, releasing pheromones, which attract more females and males to the tree. As more pheromones are produced by the attacking beetles, a mass attack occurs overcoming the resin production system, which is the defense mechanism of the tree. Long S-shaped galleries are constructed soon after mating and about 30 eggs are laid in cavities along each gallery. 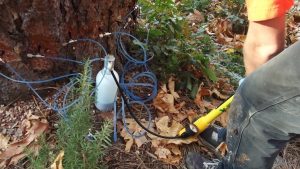 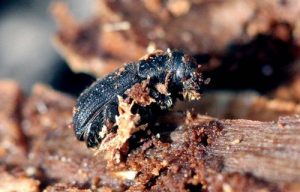 Eggs hatch 3-9 days after they are laid. The larvae cut through the inner phloem, constructing looping galleries perpendicular to the egg galleries. During their developmental stage, they gradually move towards the outer bark, forming a pupal cell. After remaining in the pupal stage for 5-17 days, they become callow adults. The young adults stay under the bark until their cuticle becomes dark and hard. Then they fly off to invade another tree by boring a tunnel through the outer bark. 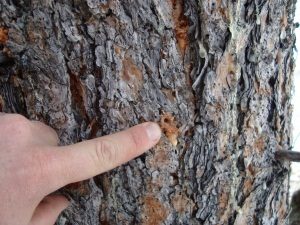 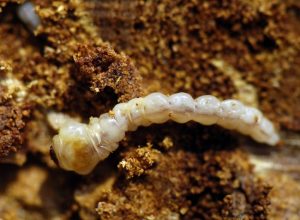 Small-scale infestations can be managed by using the following techniques 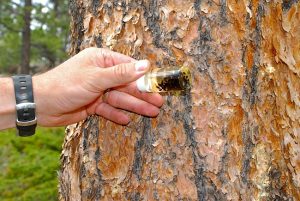 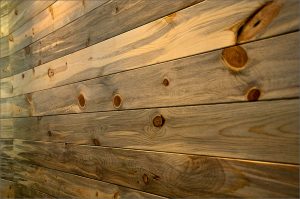 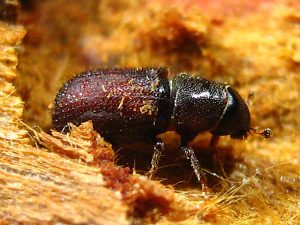