Northern saw-whet owls are small birds found in North America. They are the smallest owl found in the east of the continent. They are successful hunters at night but spend the day being rather inconspicuous. Their broad range of distribution ensures its population’s security for some time to come. 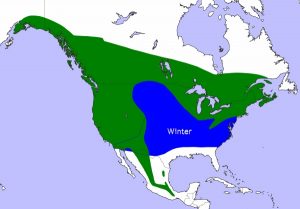 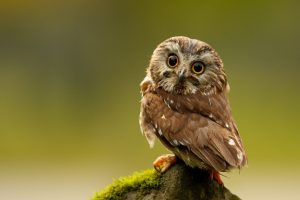 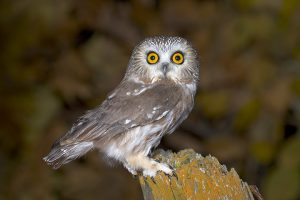 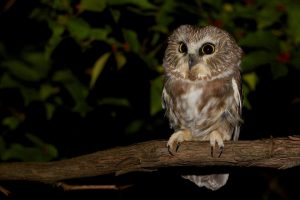 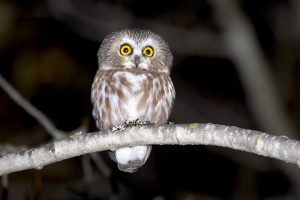 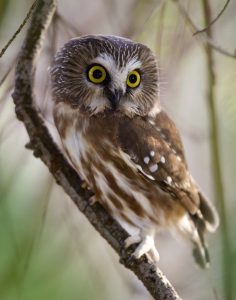 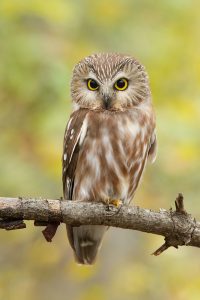 Northern saw-whet owls are nocturnal and are at their most active at night. During this time they employ a ‘perch and pounce’ technique where they perch atop a high branch and swoop down on prey. They are a migratory bird.

Males arrive at their breeding territories and start calling out for females. Once a female reciprocates its interest, they engage in preening each other. They select a nest site typically at heights of 6.5 to 39 feet. 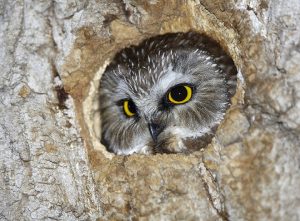 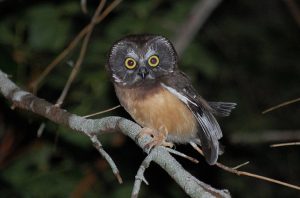 Hatchlings are born without eyesight and stay this way for about 10 days, during which time the females tend to them. Males bring food for the females, who then tears it up and feed the young. Chicks leave their nests at about 4-5 weeks of age and gain the ability to fly soon after. They get their adult plumage after the first molt at around 1 year old, around the same time they also become sexually mature. 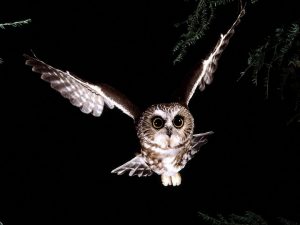 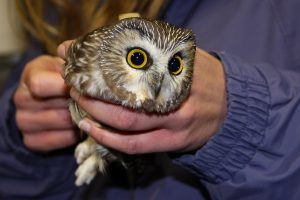