Dusky grouse is the second largest grouse in the US after the sage grouse. They have a wide distribution, and their population numbers are holding their own for the last few decades. 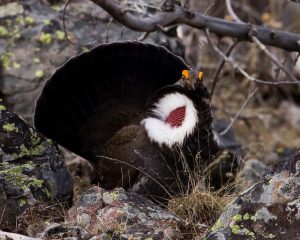 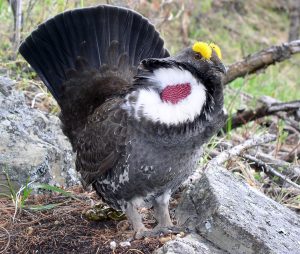 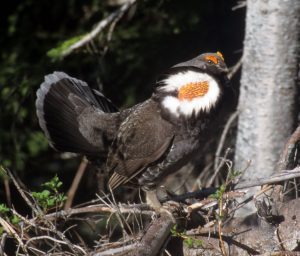 The mating season falls between spring and mid-summer. Males demarcate a territory which they defend by fanning their tail, clapping their wings and hopping around. Females lay a clutch of 7-9 eggs which are then incubated for 18-21 days.

After hatching the chicks are taken care of by just their mothers. After an age of 10-28 days, the chicks and the mother go their separate ways while foraging. Soon after, around the beginning of autumn, the babies become independent and join adult groups. 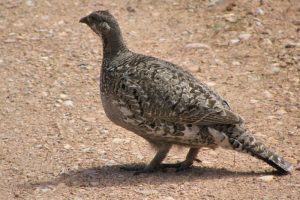 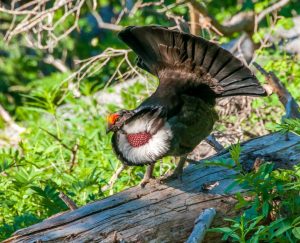