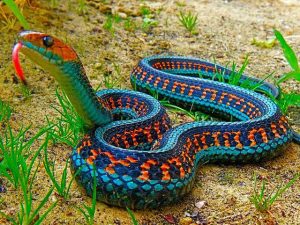 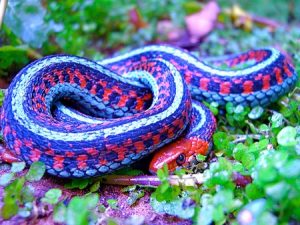 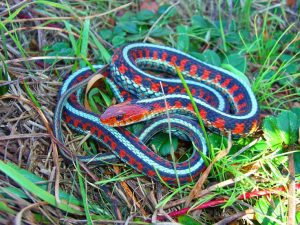 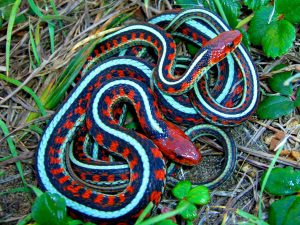 The red-sided garden snakes are active during the day, often found basking in the sun. Being cold-blooded animals, they use thermoregulation to keep their body temperature within 28°-32° C. During late October-early April, the garden snakes hibernate in stumps, cavities, rodent/crayfish burrows, or under rock piles.

They interact with other snakes through pheromonal communication modes. Since the skin pheromones of male and female snakes are very different, they collect and interpret the chemical signals to track other garter snakes.

After emerging from brumation, the red-sided garter snakes start mating. The males awaken and come out of the cavities first to prepare for the mating process. On the other hand, the female snakes give off a sex-specific pheromone to attract a large number of males. This often leads to the formation of a mating ball in which the male snakes compete to secure the breeding rights. After copulation, the female looks for food and the proper place for giving birth. They are ovoviviparous, giving birth to live baby snakes. 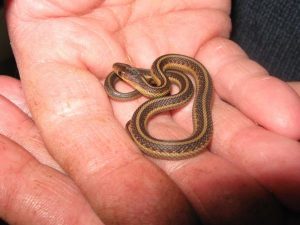 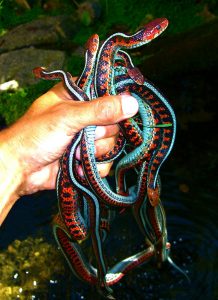 Upon birth, juvenile ca red-sided garter snakes do not depend on their mother for food. They are born yellow but turn blue with maturity. Although they grow throughout their lifespan, the young snakes become mature in 2-3 years, reaching up to a length of 55 cm. 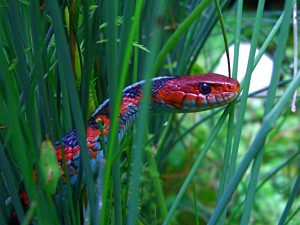 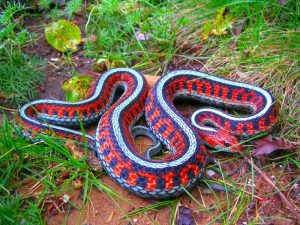