Boreal owls are small owls found throughout the Holarctic region. They are members of the typical owls group, as opposed to the barn owl grouping. 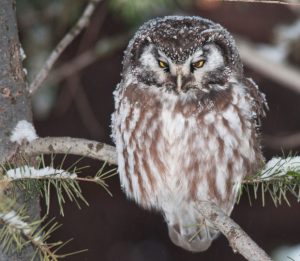 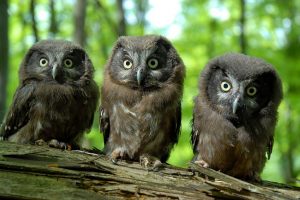 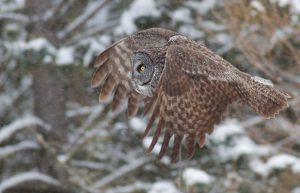 Males start to sing to attract females around late winter and the beginning of spring. Courtship involves the male bringing food for the female. Clutches consist of 3-6 eggs which are incubated for 26-32 days. 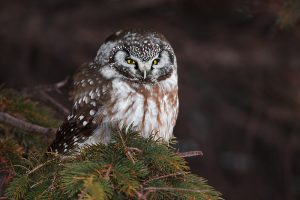 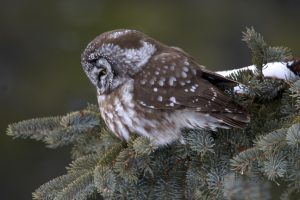 Hatchlings are blind and covered in down. The female stays with them while the male brings them food. The juveniles become able to leave the nest around a month after hatching. They reach sexual maturity after about 9 months of age. 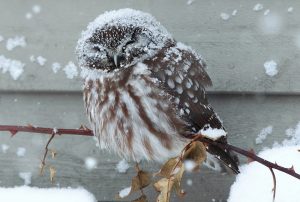 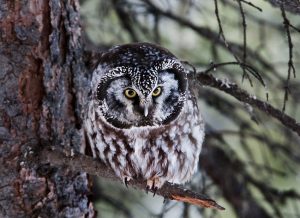