Black-tailed deer are a member of the mule deer family and found across the Pacific Northwest of North America. 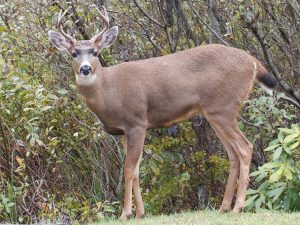 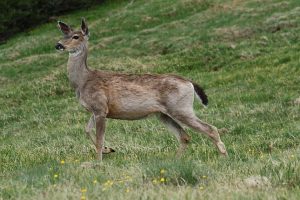 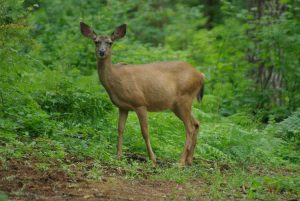 Black-tailed deer are active at dusk and dawn. During the day they rest in thickets near streams of water. They migrate from higher altitudes where they spend the summer to lower elevations during the winter. These ungulates are browsers and can be seen browsing around forests on the roadside.

The mating season, also called the rutting season takes place during November and December during which time bucks chase after does, sometimes back and forth across roads. The gestation period lasts between 6 and 7 months after which the doe usually gives birth to two fawns, although three babies have also been seen. Younger does usually give birth to only one fawn.

Fawns are born with a weight of around 6-8.8 lb (2.7-4 kg). They are left alone by themselves while the mother goes off to browse, as she has to feed sufficiently to produce enough milk for the fawns. Females reach sexual maturity at around 16 months old while males attain gusto at 16½ months of age. 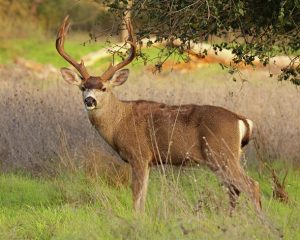 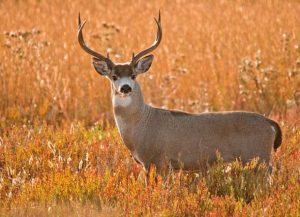 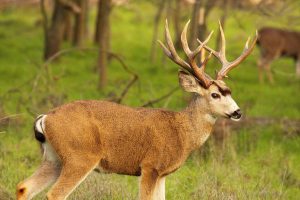 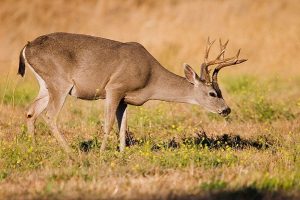