The Alaskan wood frog is one of the most widely distributed amphibians in North America, especially in Alaska, the colder parts of Canada, and the contagious United States. 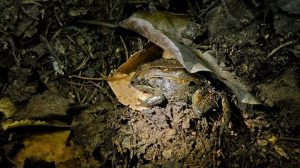 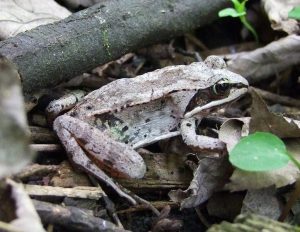 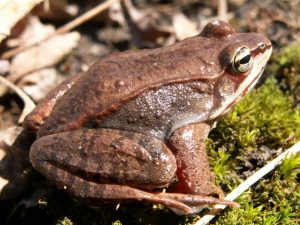 These diurnal animals emit a piercing shriek to startle a predator, forcing it to release the captured frog. While their territories measure around 900 square feet, they come back to their breeding sites every year. They are mostly solitary, congregating at breeding sites. Wood frogs exhibit significant kin recognition capabilities, with tadpoles being able to identify their parents with the use of paternal and maternal factors.

How do they Survive Winter

During winter they freeze themselves, keeping themselves warm by stopping their heartbeats and producing an antifreeze substance that prevents the ice from getting frozen within the cells. Once the temperature rises, they thaw and come back to life. 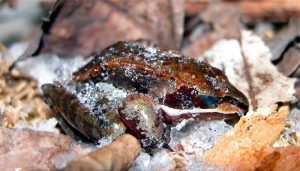 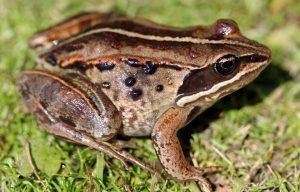 Wood frogs start their breeding process as soon as they reemerge from hibernation. They start calling and scouting for mates. However, their inability to differentiate between the sexes necessitates an individual male to embrace all wood frogs. An embraced frog is a male if it makes loud croaking sounds whereas the embracer can find out if the one it has embraced is a female by its body size and fatness.

Once a mate is chosen, mating takes place using an amplexus hold, with the female laying a globular egg mass at the deepest area of the pond. Each egg can be measured at around 3.94-5.12 inches in diameter and consists of up to 1,000-3,000 eggs, which hatch between 9 and 30 days after being laid. 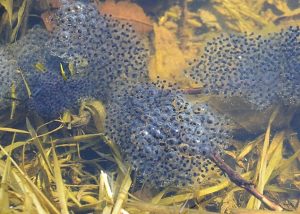 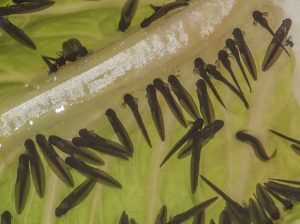 Tadpoles undergo a metamorphosis at around 2 months. Females reach sexual maturity when they are 2-3 years old, while males attain it much earlier at 1-2 years. 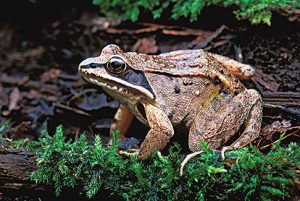 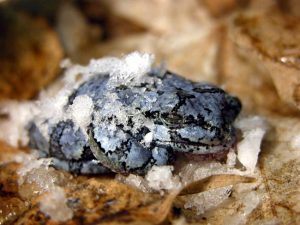 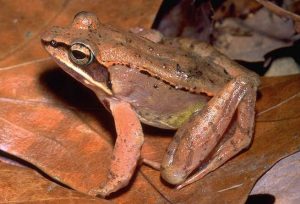 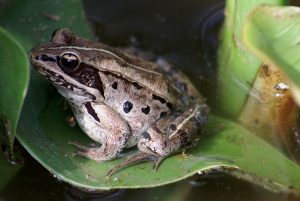