The largest extant subspecies of the deer family along with the Chukotka moose, the Alaska moose inhabits most of Northwestern North America. While the males have antlers, like many other deer species, they lose their antlers around December & January, and regain them during the spring. 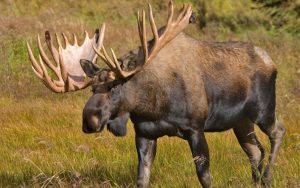 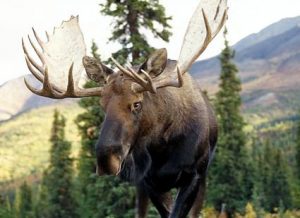 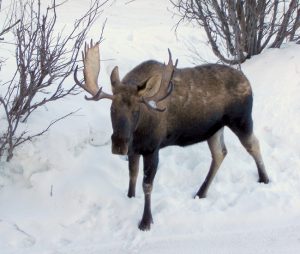 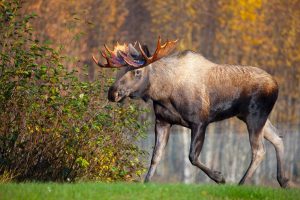 Alaskan moose are solitary animals, congregating only during the mating season. They become rather aggressive during this period, and attack any creature that startles it. 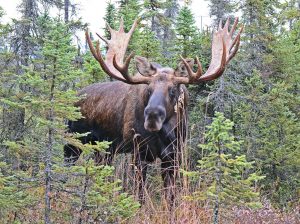 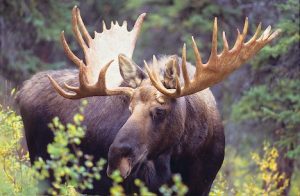 Fights over mating rights between two males are very common during the rut with the defeated party having to wait another year for his turn.

At birth, calves have a weight of around 28lb (12.7kg), but they grow rapidly and weigh as much as 10 times that number within 5 months. They are weaned at around the same time the mother is ready to breed again. At around 10-11 months, the juveniles leave their mothers and start to fend for and feed by themselves. Females reach sexual maturity at 28 months. 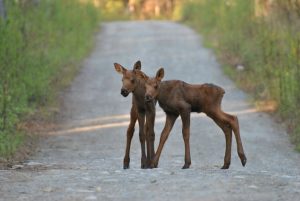 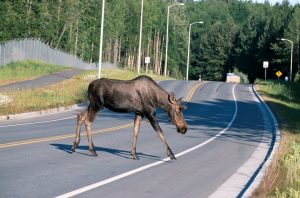 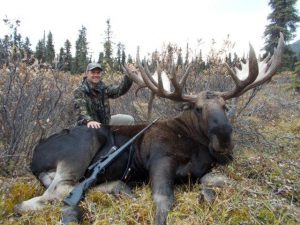 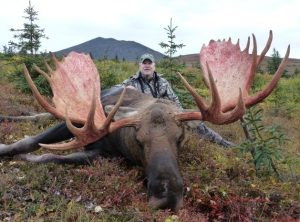