Abert’s squirrels are found sporadically throughout the Rocky Mountains, from Arizona to Mexico. They are named in honor of Col. John James Abert, an American soldier, and naturalist. 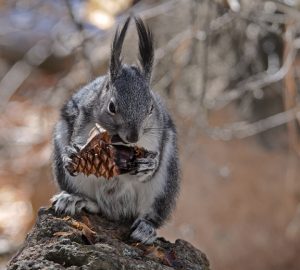 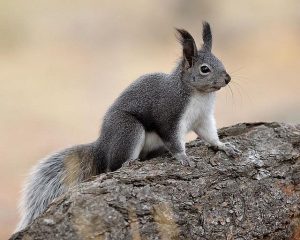 These squirrels are diurnal, becoming active a little before sunrise, and returning to their nest before sunset, foraging at intervals throughout the day. They build these shelters or nests on dwarf-mistletoe infected twigs in ponderosa pine trees. They are not territorial but remain solitary from late spring to autumn.

During mating season, which occurs between February and June, male Abert’s squirrels led by a dominant individual ‘chase’ after a female through the forest for hours. Females are promiscuous and copulate with multiple partners. The gestation period is around 43 days, ending with a litter of one to five newborns. 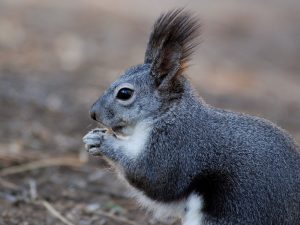 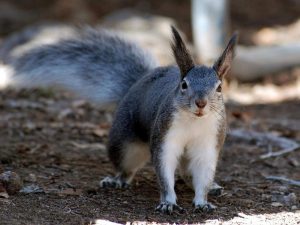 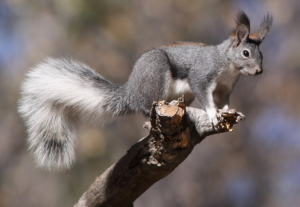 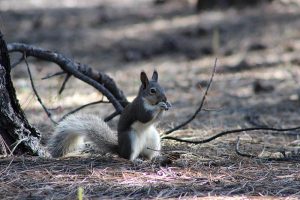 Published on May 24th 2018 by Sudipto Chakrabarti under Coniferous Forest Animals.
Article was last reviewed on 5th December 2022.