The spruce grouse is a sturdy bird with dark plumage found in the coniferous forests of North America. It resembles a large chicken in its appearance and is nicknamed ‘fool’s hen’. 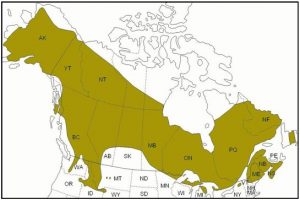 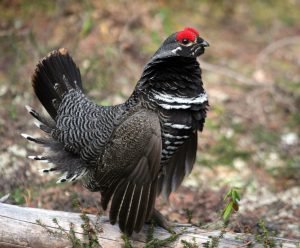 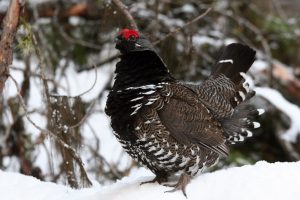 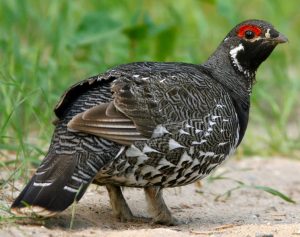 Although arboreal, the spruce grouse forages both in trees and on the ground for food. The spruce grouse does not have a vocal sac to inflate during wooing the opposite gender or territorial fights. To make up for the lack, it uses a wing-clap.

The spruce grouse is more of a walker than a flier, flying only for short distances, generally from one tree to another.

Polygamous males usually have territories that are visited by females specifically for mating. When the mating is concluded the female takes up the responsibility thereon. A nest is built during early May and early July, mostly in the ground, but also sometimes in a low coniferous branch or a fallen tree. It is bordered by grasses, leaves and feathers. 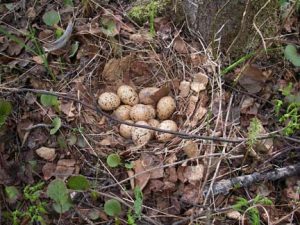 One egg is laid per day, with about 33 hours of gap between two eggs. Once the eggs hatch, the young are able to walk as soon as they dry up, which takes around 8 hours. 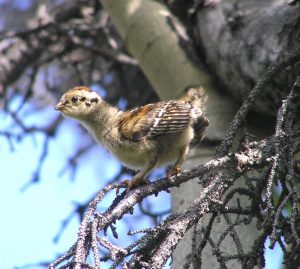 The baby spruce grouse can start fluttering at 1 week old. The brood stays in cohesion with the mother, which cares for them for up to 5 weeks. After attaining an age of 70-100 days, the young leaves its family and becomes independent. The females reach sexual maturity a year after they are born and the males after 2 years. 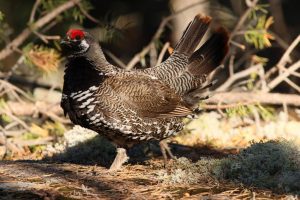 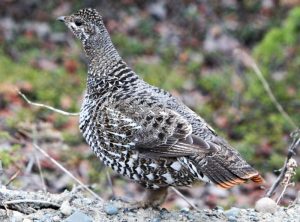 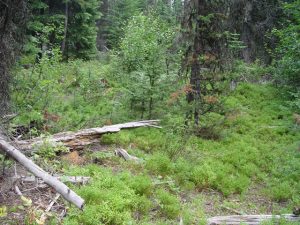