Red-cockaded woodpeckers are birds found exclusively in pine forests, especially ones with an abundance of longleaf pines. 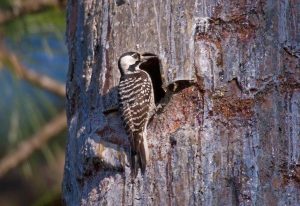 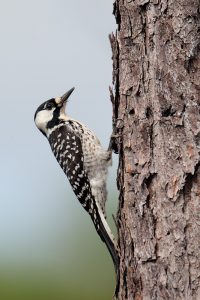 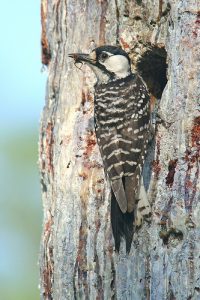 Red-cockaded woodpeckers are diurnal, being active throughout the day, involved in foraging for foods, self-maintenance, and flying. They are a non-migratory species. They live in family groupings consisting of up to 5 individuals. All members of this group may help the breeding pair in incubating the eggs and raising the young once they hatch.

These birds are monogamous. The courting process sometimes can last up to a year. The breeding season is usually between April and June. A clutch consisting of up to 5 eggs is laid, at a rate of one egg per day. The incubation period lasts for around 10 to 12 days. 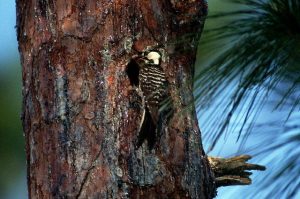 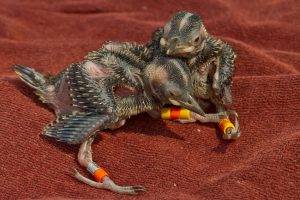 Hatchlings are born with a weight of around 0.12 oz (3.3 g). Feathers appear after 4 days of hatching. Their eyes open after 10 days and eventually they fledge after around 26 days of birth. They are entirely independent within 4-6 months. They reach sexual maturity at 8 months of age. 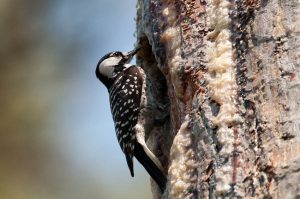 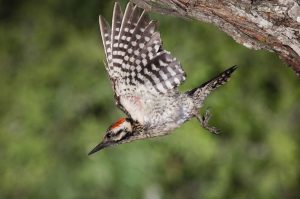