Essentially a wild goat, the Himalayan tahr is an ungulate found throughout the Himalayas and in places where it has been introduced. They are highly adapted to survive in the cold climates they inhabit. 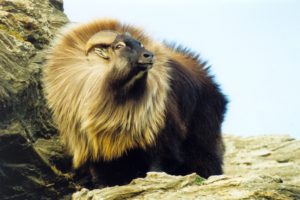 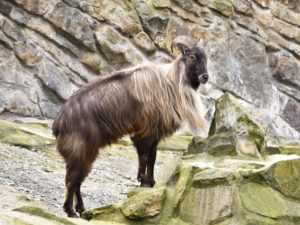 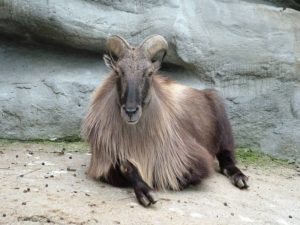 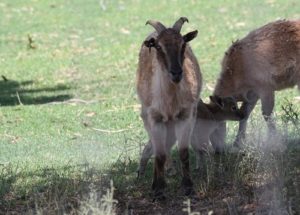 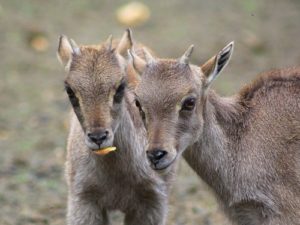 The breeding season for Himalayan tahrs start in mid-October and last till mid-January. During this period all herds come together with younger males trying to mate with any female they see. Older males walk behind and defend females in heat. Competition between two males involves them walking next to each other with their heads down and horns on display, and one has to chase  the other away or block his path in order to be victorious. Head butting is rare, and often half-hearted. Mating occurs between the victor and the female, and after a gestation period of 6-7 months, a single offspring is born.

The calf feeds on its mother’s milk for the first six months of its life, and stays with her for 2 years. Both sexes become sexually mature at 2 years, but males rarely get access to females before they are at least 4 years of age. 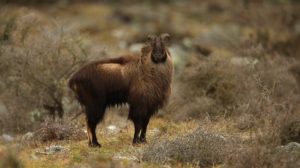 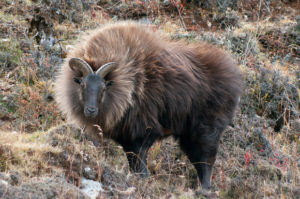