Canada lynx also called the Canadian lynx is a mid-sized cat species ranging across northern parts of the United States, as well as Canada, and Alaska. With a well-developed body and long legs, its hind limbs being a touch longer than the forelimbs, the Canada lynx has a somewhat arched appearance. Similar to other lynx species, these predatory cats have long, dense fur, ruffed face, triangular ears tipped with tufts of hair, and a short, thick tail. 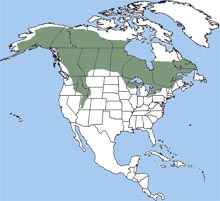 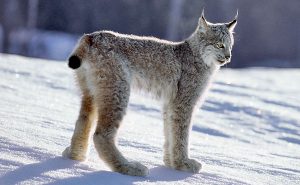 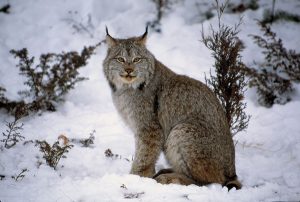 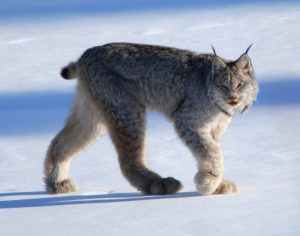 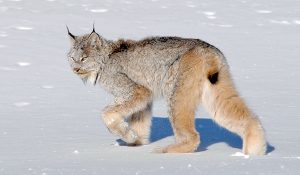 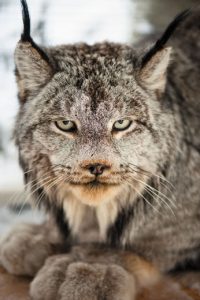 Canadian lynxes are solitary animals, engaging in social interaction only during the breeding season. Primarily active at night, these lynxes can travel 8-9 km every day in search of prey, covering the distance at a fair pace of 0.75-1.46 km/h.

Although they are excellent climbers and can easily evade large predators by climbing up on trees, they prefer to hunt on land. The prey is either eaten immediately or cached in leaves or snow. They sometimes scavenge on ungulates that have died in the cold. 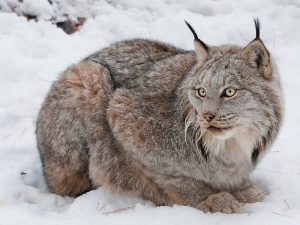 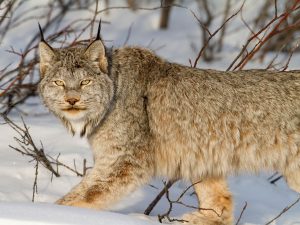 The Canadian lynx breeds during March-May, its mating season lasting only a month. During this period, the female enters its estrus once, which lasts for 3-5 days. After spraying urine where a male has already marked its territory, the female gives repeated mating calls to attract the male. A female lynx will have only one mate each season whereas a male may have multiple breeding partners. The female gives birth in May/June after it has prepared its maternal den in thick bush, woody debris, or inside dense shrubs. 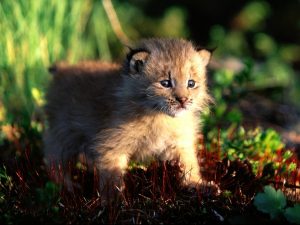 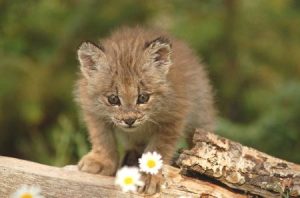 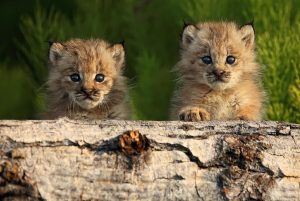 The lynx kittens are born blind and helpless, and they remain so until 14 days after birth. They are introduced to adult diet by their mother at 12 weeks. While having food, the baby lynxes play and practice their hunting skills. They start hunting on their own at 7-9 months of age and leave their mother at 10 months when the next mating season begins. Although the female lynxes become sexually matured at 10 months, they delay breeding for the next year. On the other hand, the males attain maturity at 2-3 years. 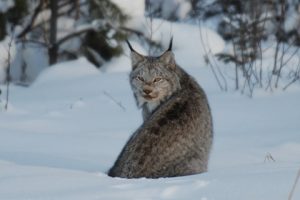 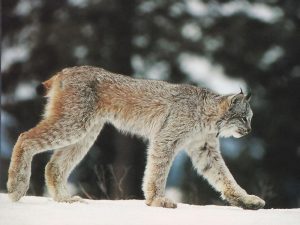 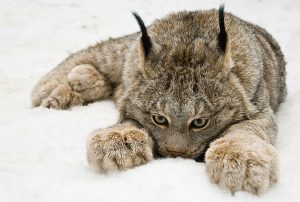 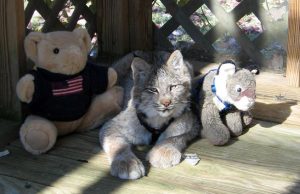 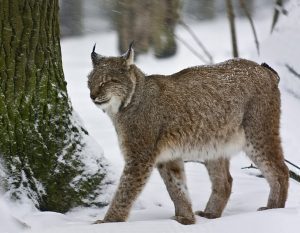